In 1906, from the shores of Eastern Sicily, an adventurous fisherman with hopes for a better tomorrow, journeyed to America in search of the American Dream.  Arriving in Ellis Island and traveling to Philadelphia, young Tommaso Anastasio was eager to begin fulfilling his dream.  With a push-cart and ambition, he was determined to make a better life for himself and his family, for generations to come.  He worked hard in and around the S. 9th Street neighborhood , establishing himself and soon marrying Catherine, daughter of the Lucchese fish market family of the S. 9th St market.  When the Great Depression hit, it was all work for their 7  children and no more schooling.  Their youngest son, Anthony (Tony), with a 6th grade education, was put to work with a fruit & produce push cart.  Through shear will and determination, they survived the depression and grew their businesses and their family.  By 1938, Tony parked his push-cart in front of 903 S. 9th St. and rented the store, directly next to the family fish market.  Tony Anastasio would spend the rest of his life, living & working right here with his sweetheart, Anna, the eldest daughter of Vernando & Maria Pagano, poultry merchants on the market.  Today, versions of both the family's seafood store  and fruit & produce business are still in existence on the market and are owned & operated by members of the Anastasio Family.

In the late 1980's, after traveling to Italy Tony's grandson, Anthony returned with an idea to bring all of the color and culture of an authentic Italian Cafe back home, to what was now know as the S. 9th St. Italian Market.  When Tony's son, Thomas,  moved the fruit & produce to a larger wholesale facility, Anthony now had his opportunity to begin to fulfill his dreams on the market. On April 21, 1995 Anthony, now 22, transformed his grandfather's original store into Anthony's Italian Coffee House at 903 S. 9th St., nearly 60 years after Tony parked his push-cart.  It was the market's first coffee house to open in nearly 50 years.  For the next several years, Anthony worked to share his passion of the Italian culture and  family traditions.   His parents, Thomas (Chubby) & Anne encouraged and supported his vision to help enhance the market with new outdoor seating, extending store hours and inviting everyone in to share in the family traditions.  Still today you will find mamma setting up the coffee house in the early hours of morning, greeting the day's first customers and sharing her thoughts of family and tradition, while sipping her morning latte on the deck, where her father-in-laws' push-cart was once parked.   (Continued Below Pictures) 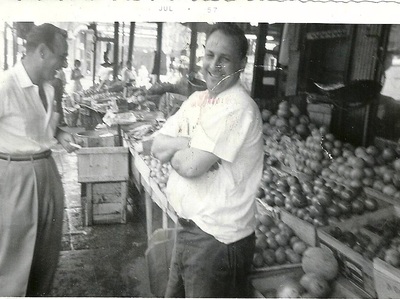 GrandPop Tony in 1970's in front of store 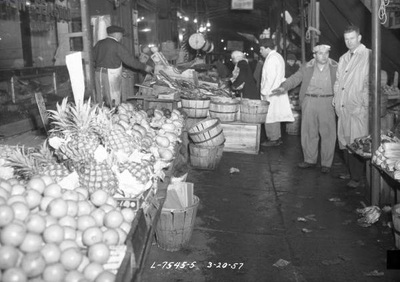 1 family, 3 businesses side by side 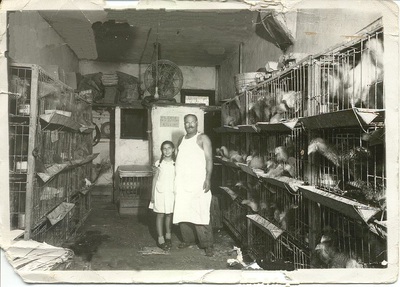 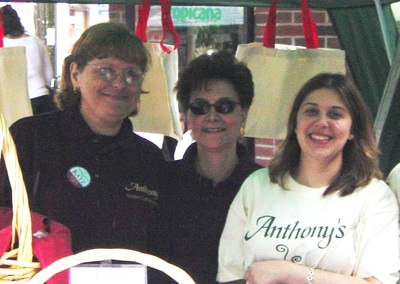 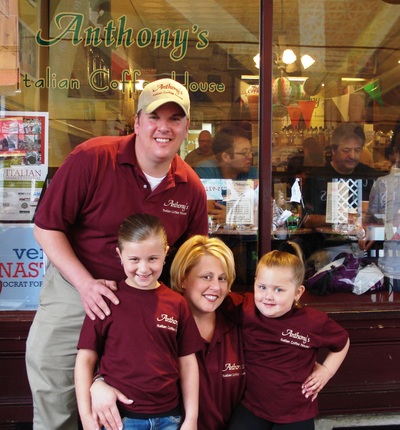 Anthony with his girls 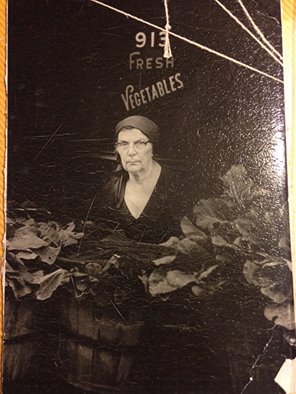 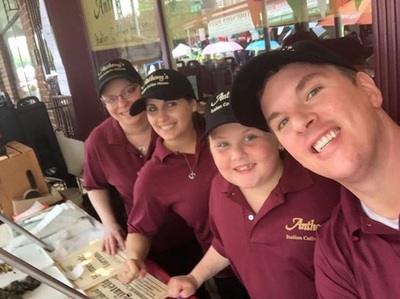 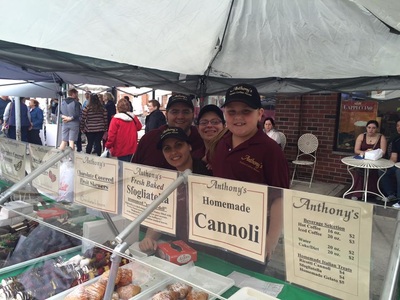 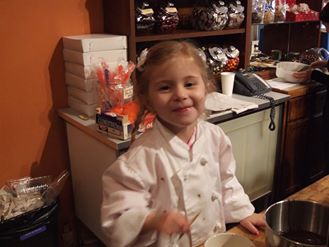 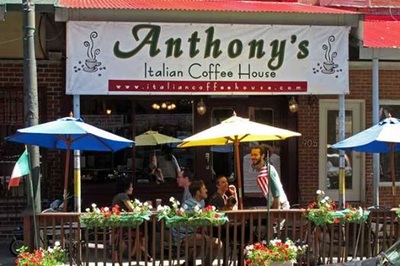 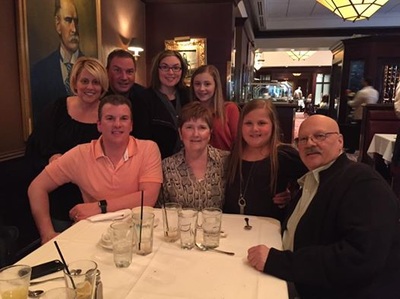 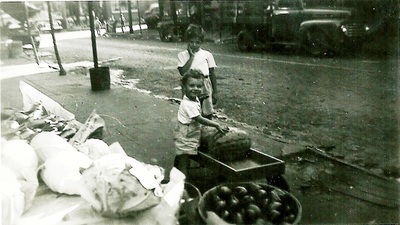 A young Chubby in front of the store. 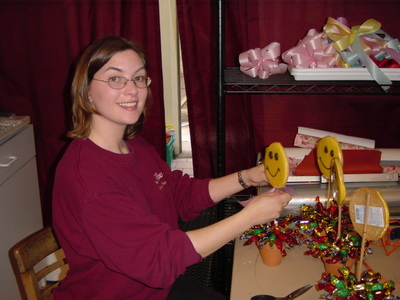 My Sister Nicole working at the Chocolate House 2003 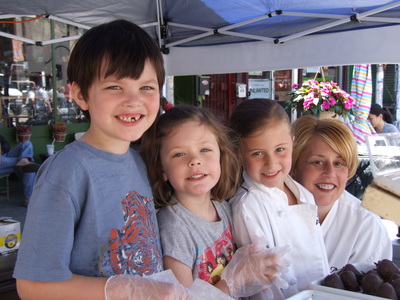 Cousins working the festival with Jill. 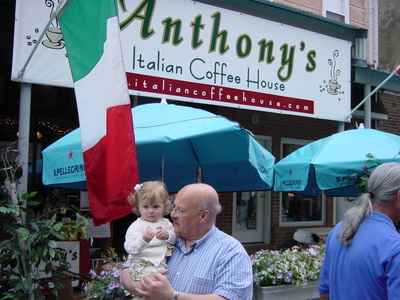 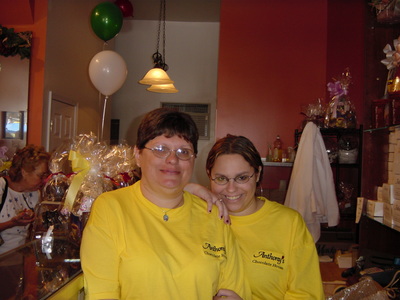 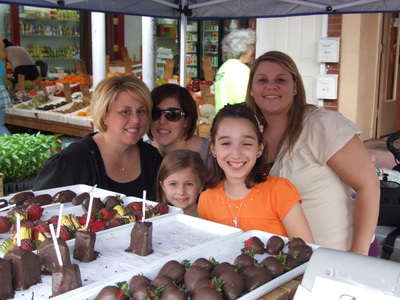 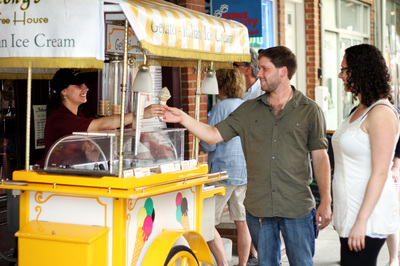 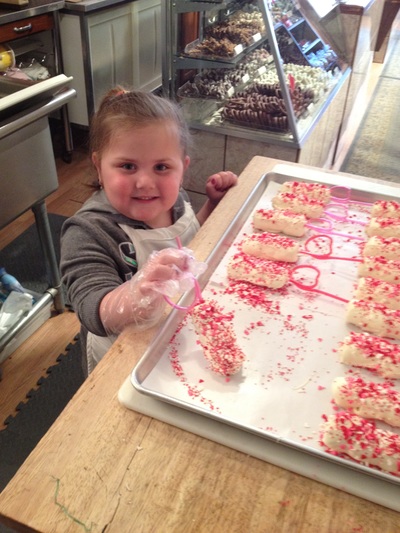 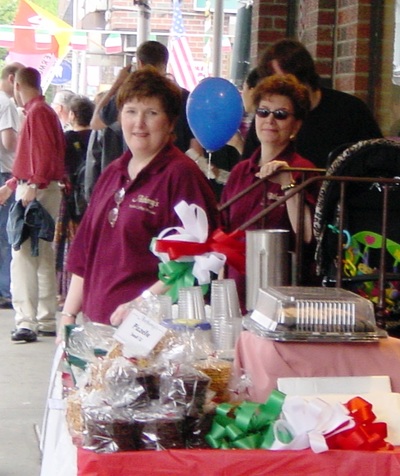 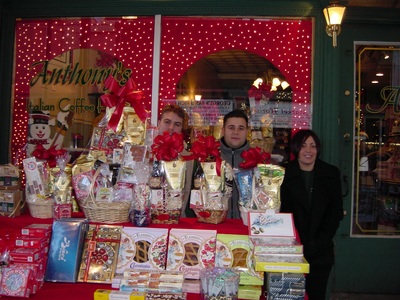 Frank & Mike in the early days! 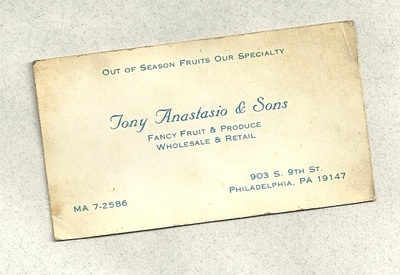 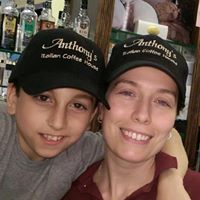 Aunt Barbie & Luca
The market and the customers have responded so well that Anthony's added a Chocolate House on the market to showcase house-made chocolates and artisan gelato.  Over the next decade, the wholesale and mail order made our products available throughout the country.  The family continued to grow and now Anthony's children and their cousins, can be spotted behind the counters on weekends.
​
In late 2013, a new opportunity arose for Anthony's, an opportunity that would tie a century-long dream together.  Anthony's great-grandfather's original store would become available, right next to the coffee house.  On February 20, 2014, the Chocolate House moved to 905 S. 9th St.   Side-by-side these two stores represent the future of our family on the market as we continue to work together to preserve, to enrich and to continue the Family Traditions for generations to come.  Stop on by to Taste the Tradition, Share The Tradition and Experience The Tradition.